Seaweed is one of the worlds most nutrient rich plants. AgriSea’s proprietry brewing method captures and retains those nutrients making them available for soil life, plants and animals.

Seaweeds are found in the high intertidal to deeper subtidal ranges and in estuarine to true marine waters. Their global distribution is driven by light availability to enable photosynthesis, nutrients to sustain growth, and suitable substrate for attachment.

The marine environment has become increasingly recognised as an important and untapped source of marine bioactive compounds for industry application. While traditional biodiscovery has focused on terrestrial organisms, trees, plants and land based organisms, there is an increasing interest in the highly biodiverse oceans. It has also been recognised that, due to the harsh nature of the marine environment, marine organisms host a unique chemical diversity which is of interest to biodiscovery.

‘Biodiscovery’ is the field which looks at attributes from nature for potential commercial applications. Biological features of relevance can include chemical compounds, genes, materials, or whole organisms, and can have applications in various industries including agriculture, forestry, pharmaceuticals, horticulture, etc.

Seaweeds are a particularly unique source of marine bioactive compounds. It is thought that this is due to their lack of physical defense structures and so they must survive by producing chemical defense mechanisms.

Because any chemicals they produce into the water will be immediately diluted, the compounds are very potent and have a highly targeted mode of action. These features are of high relevance for bioactive discovery.

Importance of seaweeds to the environment

Seaweeds in the marine environment are referred to as ‘keystone species’, a species that has a disproportionately large influence on its environment relative to its population. As primary producers they produce oxygen which is an important byproduct of photosynthesis as most other non-photosynthetic organisms depend on it for their own existence. Seaweeds also play a role in the sequestration of nutrients from the marine environment, they are an important food source for higher trophic levels and provide habitat for many economically important fisheries. 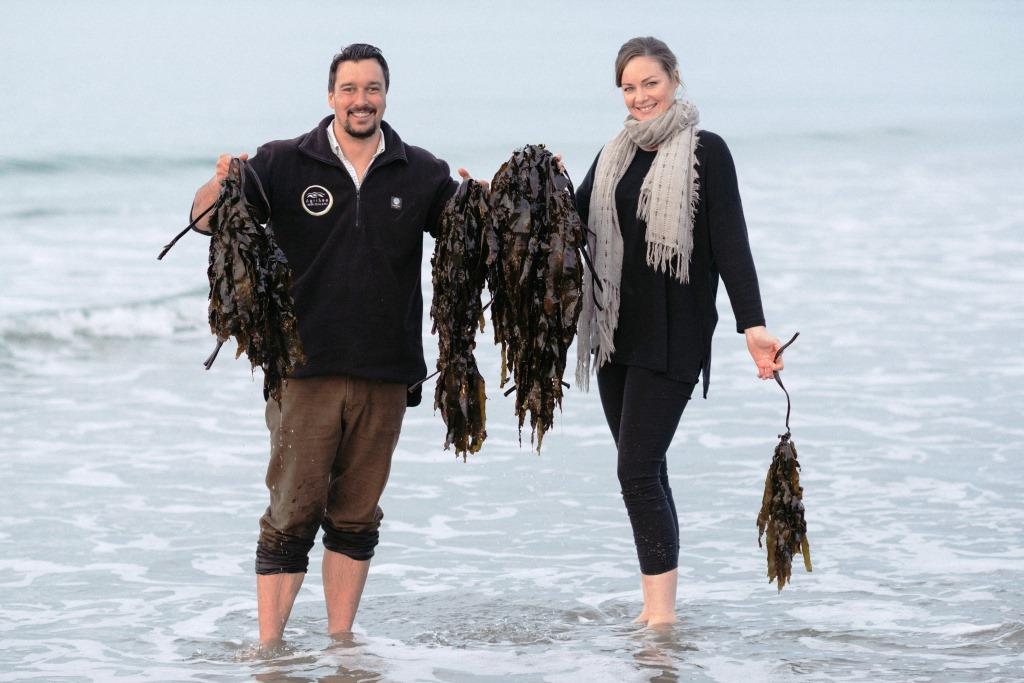 Tane and Clare Bradley (above) lead the AgriSea team in the innovation and development of AgriSea products.
AgriSea products are brewed naturally, retaining the high level of nutrients, vitamins and minerals that seaweed naturally produces meaning these can be used as a nutrition source for your farm or orchards soil, plants and animals.

SHOP OUR RANGE OF SOLID AND LIQUID APPLICATIONS